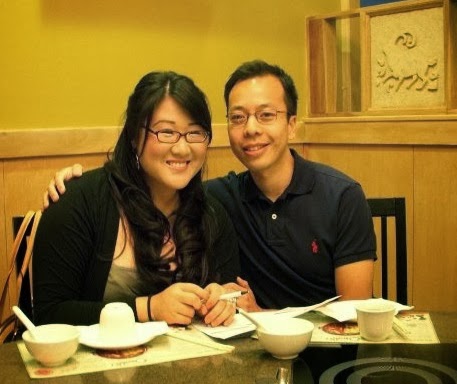 I've always had a big appetite.

I've always been a stress eater.

When we got married, yes it was one of the happiest moments of my life but it was also extremely stressful. Marriage is not a fairy tale, the first year it's a LOT of work. Two people that have done things their own way, their entire lives are suddenly thrown together and EXPECTED to figure it out.  We were both stubborn, had our own ideals, and wanted things done OUR way.  Marriage is tough. I think divorce rates more than prove that. 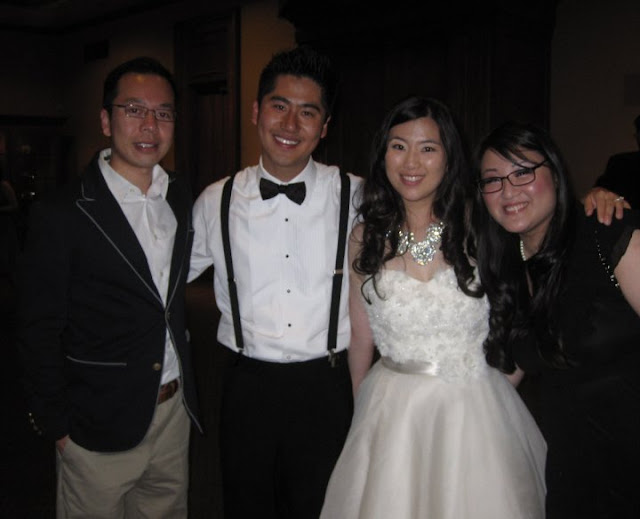 On top of the struggles of a new marriage I had a very difficult relationship with my new Mother-in-Law. She's an amazing women (I mean she did raise my Husband right?)  But to say our relationship was less then cordial was putting it nicely.  I never spoke back/defended myself because you just don't do that with elders. And most importantly I knew the Hubs was between a rock & a hard place. Our first year of marriage I felt suffocated.  I was married to an amazing (albeit stubborn man.. we've BOTH learned to compromise over the years) but his mother constantly made me feel like crap.  I could do nothing right and was constantly berated for it.  Even in public.  It was killing him watching his mother treat me the way she did - I wasn't about to reciprocate the same way no matter how much she hurt/upset/angered me.


Instead I cried and ate my feelings. 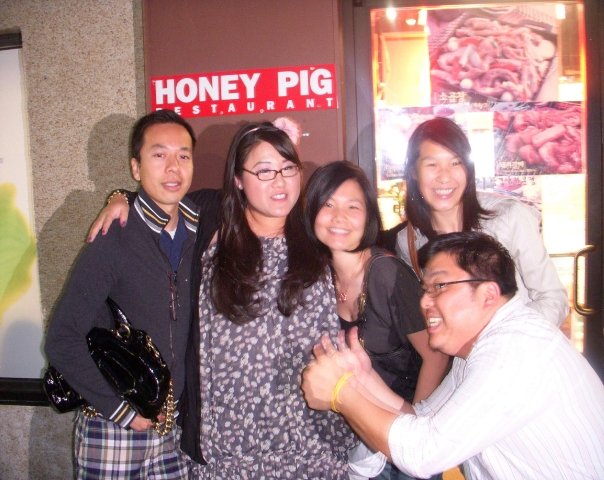 But I couldn't really complain I mean we lived a typical Yuppie lifestyle.  Hubs worked for a private company in San Francisco, the occasional international trip, Sunday brunch with the girls and Friday nights meant trying out whatever was the latest, greatest and swankiest SF eatery.


And then out of no where The Hubs wakes up one day and says:

"I think I want to go back into the service."

Say what?  What the what. 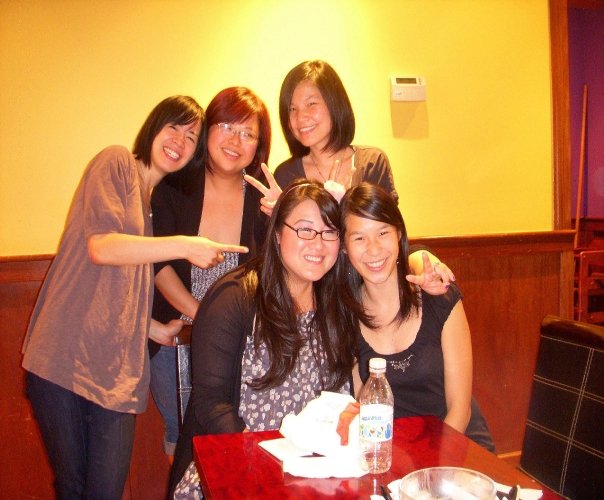 Growing up I was pretty sheltered I didn't even KNOW anyone in the military much less had any exposure to it whatsoever.  When the Hubs originally brought it up we discussed it for a full 48 hours straight we didn't even sleep.

I basically flat out said no in the beginning but after listening to him I realized he was about as selfless a person could possibly be.  He wanted to serve those (and their amazing families) that were putting their lives on the line every single day..  He wanted to do good by his country.  He didn't have to join the military but he wanted to to do more with his life and feel like he was actually making a difference. How could I say no to that. 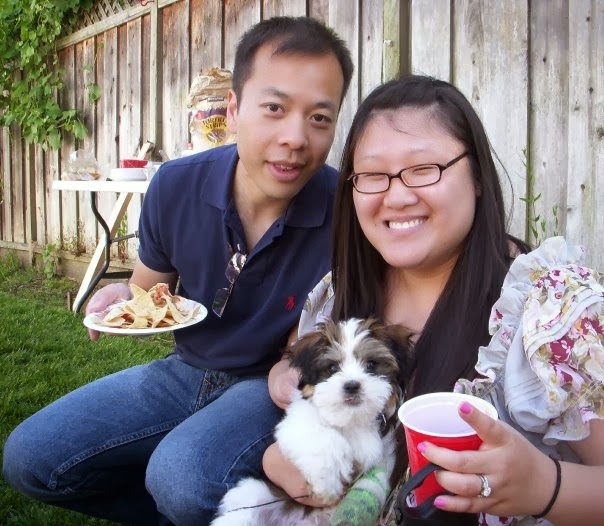 We joined and in less than 3 years we've gone from San Francisco to Texas, to Germany, back to Texas, to Washington DC, back to Germany. Insane right?  Did you know "Moving" is one of the 3 biggest stresses in life?  It ranks up there with Death & Divorce.


Moving in general was hard but moving to Germany was ESPECIALLY hard.


I gave up friends, family, job, self identity. 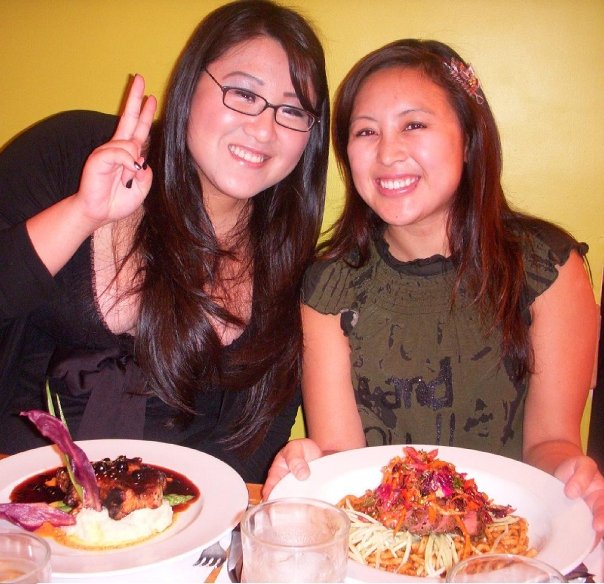 And all the while the scale kept creeping higher and higher.  One day in a dressing room I realized I couldn't even fit into a size 18.  I sat down on the dressing room floor and basically had a breakdown.  F21, H&M ect whatever was cheap and whatever I could pull over my fat.  Lots of jean leggings because nope buttons wouldn't work.  I couldn't get regular pants/jeans up my thighs.  Half the time I didn't even care if it was cute or not. (Believe me when you're over a size 12 there's not a whole lot that's cute.)  I would wear the same thing for days on end because nothing would fit and I hated shopping.  I couldn't even look myself in the mirror. 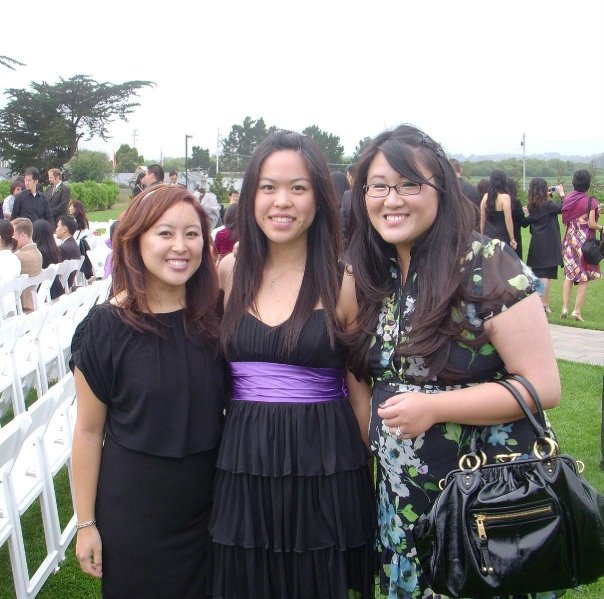 This is a total side note but even while I was/is loosing weight I continued to wear cheap "throwaway" clothes because I've literally gone from a size 20 to a size 4/6 in a year and a half.  I couldn't very well be running out every single month and buying an entire new wardrobe so while I was losing weight the cheap stretchy/oversized tee shirts and leggings that I wore when I was Obese allowed me to wear them for greater amounts of weight loss before I had to replace them. When I lost the first 50 pounds (180lbs.) I ran out and bought some a pair of new jeans and a blazer from a pricey mid level European brand and then within 2 months they became entirely too big.  At this point I've had to donate bags upon bags of clothes so if I find something TRULY amazing/pretty/cute I'll purchase it in a slightly smaller size for motivation because I know at some point I'll get there! 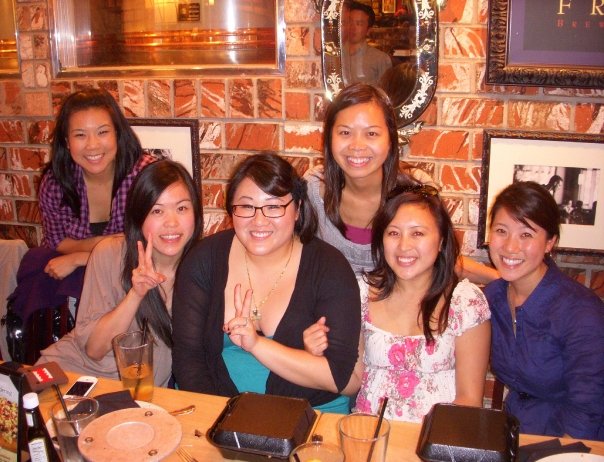 I was generally unhappy, depressed and pissy all the time.  I was critical about everything and everyone - even total strangers!  Ever hear the phrase "Everyone you meet is your mirror"?  I strongly believe that whenever we judge someone else we're really just noticing things about ourselves we don't love. The bigger I got the more hyper critical I got.  To make myself feel better I would make judgements about people all the time namely appearance wise (I suspect it had more to do with my own body issues than anything else) .. "She really should see a hairstylist", "Talk about cankles", "UGH she really should not be wearing that." ect.


I was a truly hateful sucky person. 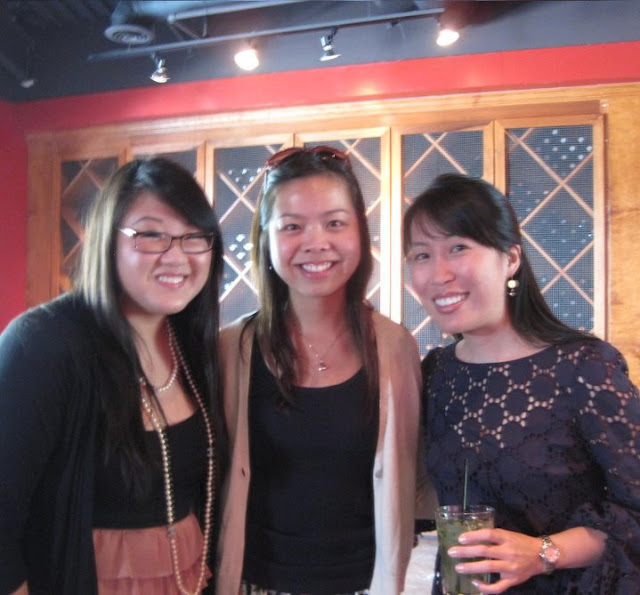 NOBODY that's leads a truly fulfilling and happy life spends their time concerned with others shortcomings or for that matter even notices them at all. And to a certain extent in my (completely deluded) state I thought that if I was judgemental and critical of them first then it would negate THEM being judgemental & critical of MY appearance and weight.


There's two articles that I found online when I was at an all time low that really floored me when I read them. Even now when my weight creeps up a few pounds and I'm feeling a bit negative I go back to to them because it really does put me in a better head space.


Judging People & How To Accept Yourself & Stop Judging. 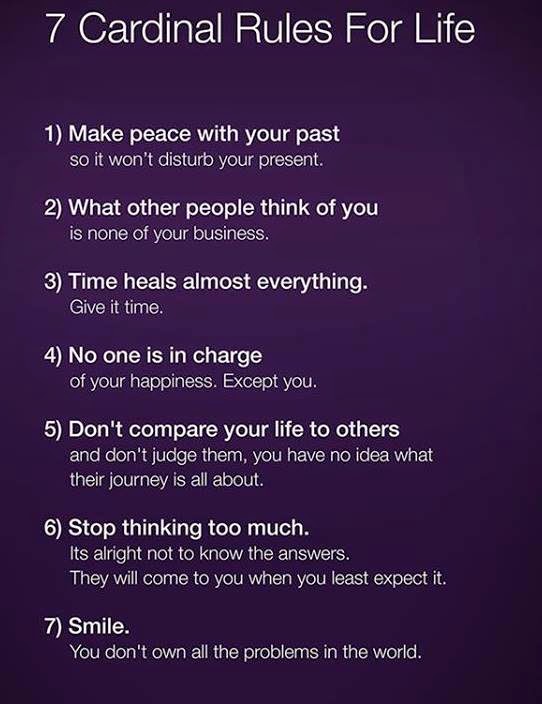 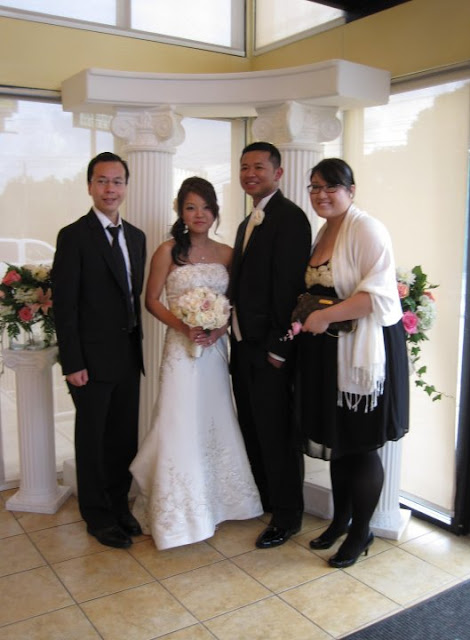 I realized the more unhappy I was with myself the more I judged others which lead me right back to judging myself and (then binge eating while I did it).  It was a vicious endless cycle.

I go back to these articles periodically to remind myself of how far I've come and more importantly how far I want to go.


After all happy begets happy!

I mean seriously how can good things happen to you when you spend all your time being negative and nasty. 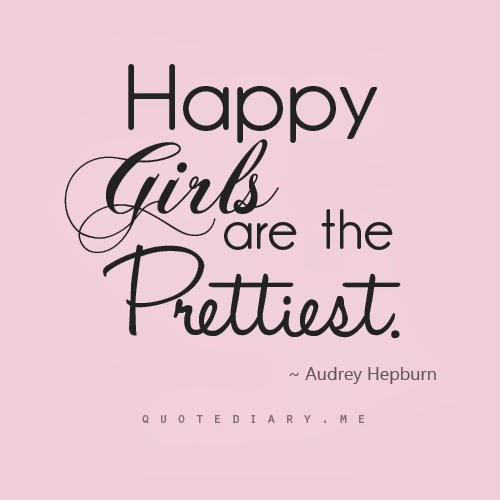 And what's not to be happy about I'm married to the most amazing man ever.  A man who never once ceased to tell me that I was beautiful even at 230lbs.

Truth of the matter was I was a sh*tty wife to him.  I was petty, disagreeable, hyper critical and completely checked out.  I never wanted to do anything.  He'd want to walk the dogs, go out to dinner, go on a trip.  It was always "pass", "boring", not interested". 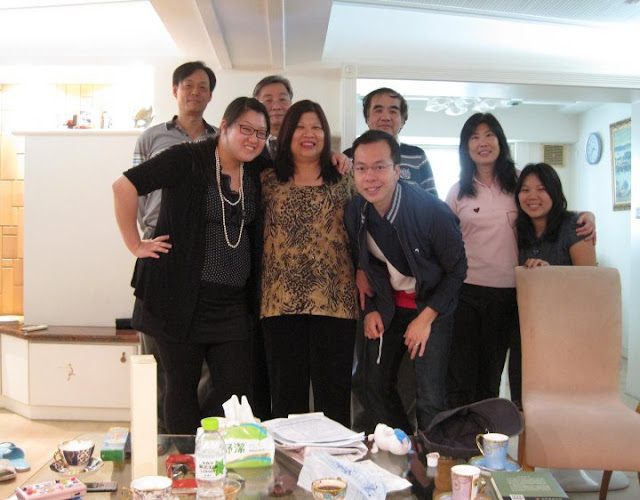 One of the biggest reasons that drew me to my husband in the first place was how disciplined of an individual he was.  When we met I was so impressed by his Doctorate (not because it meant he was a smartie.. which he is tho lol!) but because I know it takes that much for someone to complete a Doctoral program.  I felt embarrassed for myself all the time but deep down I was embarrassed for him.  Someone that works 8-10 hours a day, comes home and studies 4 hours and then works-out/runs/goes to the gym 3x a week.  I couldn't even compare and since I couldn't - I nagged, super hyper-critical about everything.  I wanted to make HIM feel like he didn't measure up which was far from the truth because the reality was that I DIDN'T. 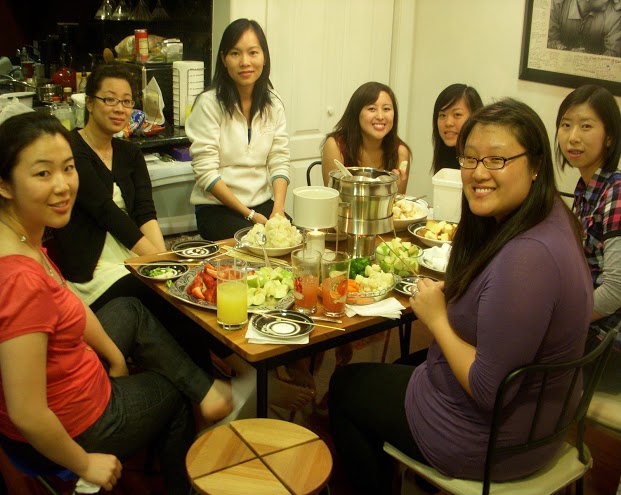 It wasn't just a vanity issue that catapulted me to lose weight - I went in for an annual health exam (something that I'd avoided for a good 4-5 years at that point but became a requirement when you joined army life) and a week later the Hubs came home and sat me down and said "Babe you know I rarely ever say no to you but.... you have to change your eating habits.  You're pre-diabetic, you have hypertension (high blood pressure), high cholesterol.. if you continue this way in a year or so you're going to need daily insulin shots, Lipitor, Anti-Hypertensives ect. 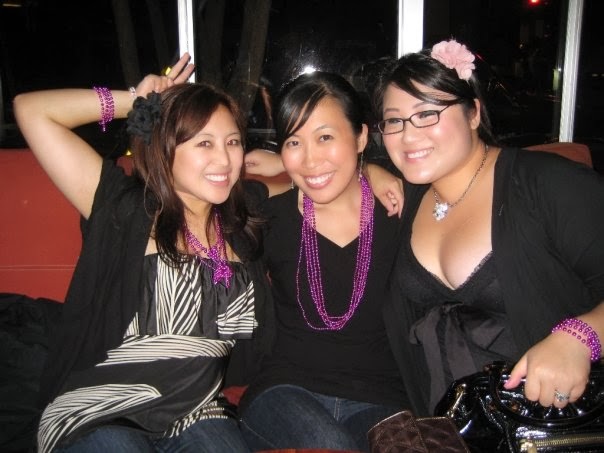 As the weight dropped off I felt happier and more confident about myself, I realized I was criticizing others (and myself!) less.  I felt plugged in.. I wanted to be outside, to travel, to volunteer, to work again, to learn how to drive again (long story short got into major accident, totaled car completely, too paralyzed by fear to drive since then end story).

And something else amazing happened - I was suddenly a much better wife to my husband (something he deserved all along).  I was interested in his work life.  I was interested in going out with him.  I took over grooming our fur babies.  I started weekly menu planning and cooking more elaborate meals.  I helped him with work & school stuff.  The list goes on but in general I was a much more "present" person and wife. 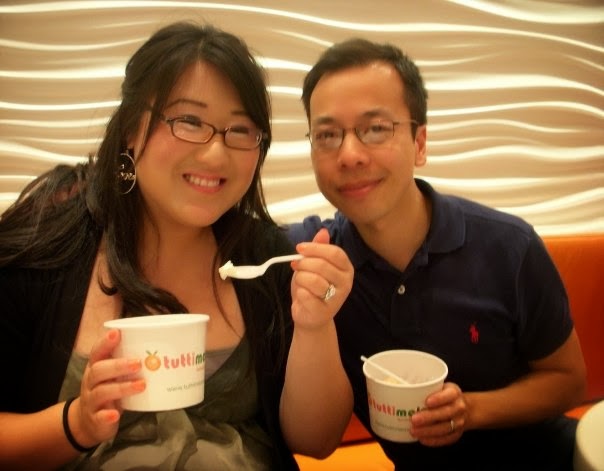 As the numbers on the scale got smaller and smaller I realized I was also purchasing less and less luxury goods.  I went from acquiring 4 new Chanel bags in one year to 1 Chanel bag in THREE years!  And some 10+ pairs of designer shoes whittled down to just 2 pairs last year (both of which were gifted by the Hubs so I "technically" didn't purchase a single pair of shoes on my own account last year lol!). Don't get me wrong I will always love designer goods.. I mean who doesn't?  But I realized to a certain extent I was "hiding" behind my designer goods.  I NEEDED them to feel good about myself.  I wasn't actually enjoying them like someone who was comfortable and happy with themselves.

And actually the Hubs surprised me with a couple of Chanel bags & other luxury items this past year with his annual bonus but I never "revealed" them because I... *GASP* returned them!  And I put the money towards the principal of our car.. which allowed us to pay off our car 2 years earlier!!

(Yes even better than a new purse lol!) 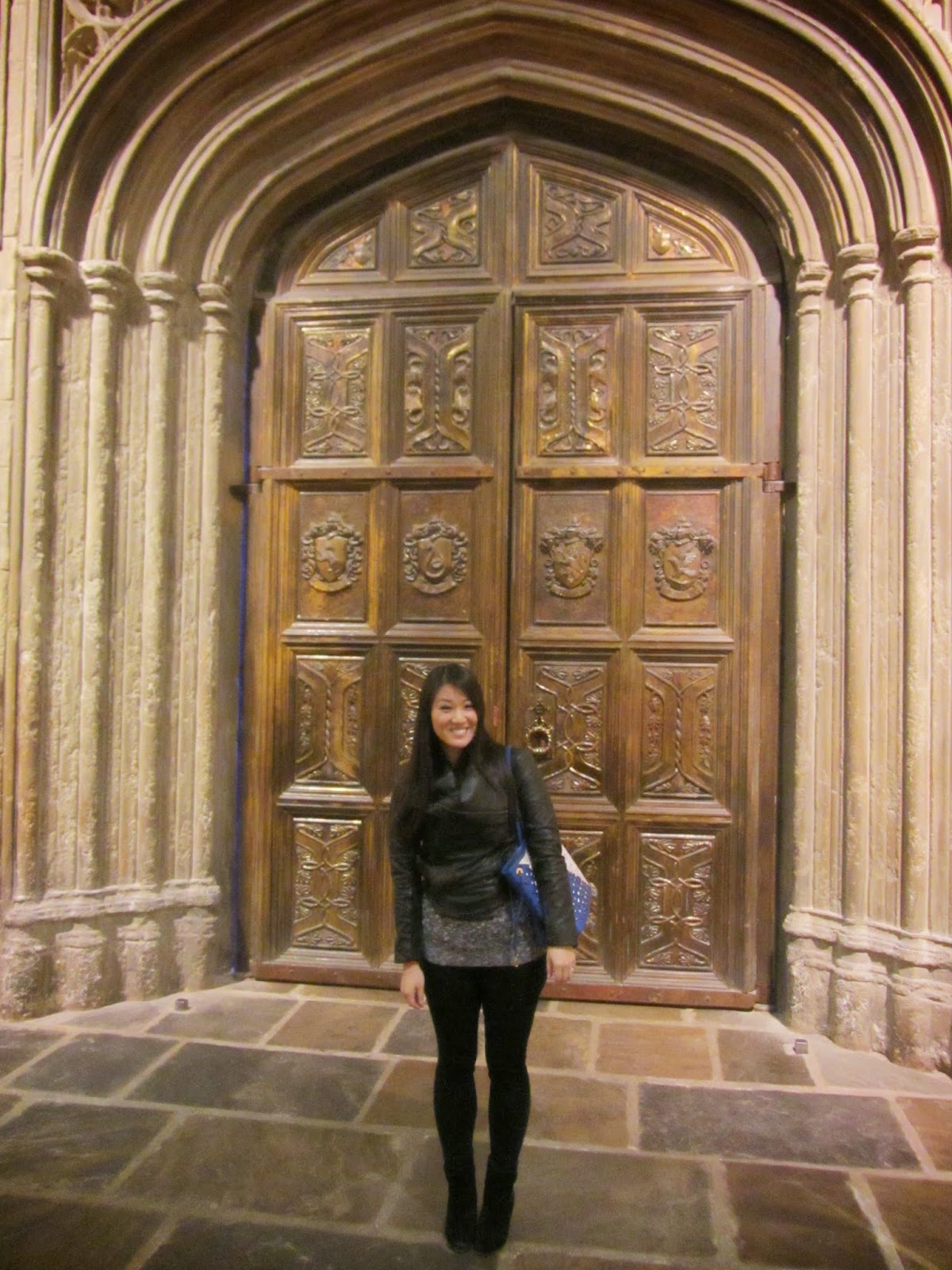 I know this post is pretty word heavy and deep(er) then normal but I felt like 100 pounds of weight loss in the last year and a half warranted it!

Stay tuned in the next few weeks I'm going to be a doing a mini blog series detailing exactly how I lost all the weight!! 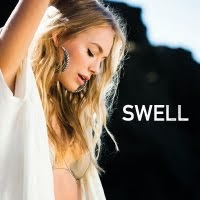 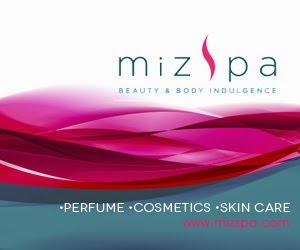